Home / Volkswagen / A ROUND DOZEN: VOLKSWAGEN ENDS ITS RECORD-BREAKING WRC SEASON WITH ANOTHER WIN IN WALES

Club GTI 10th August 2016 Volkswagen Comments Off on A ROUND DOZEN: VOLKSWAGEN ENDS ITS RECORD-BREAKING WRC SEASON WITH ANOTHER WIN IN WALES 1,882 Views 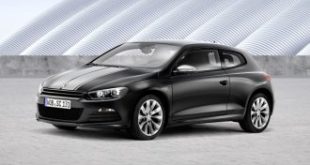 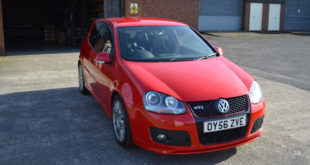 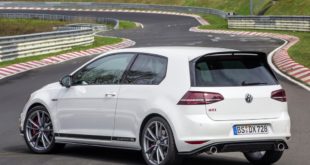 Wolfsburg, 17 November 2014: The icing on the cake at the end of the season – the final round of the FIA World Rally Championship (WRC) saw Volkswagen set a new record for the number of wins in one single season. Win number eight of the year for newly-crowned World Rally Champions* Sébastien Ogier/Julien Ingrassia (F/F) presented the Wolfsburg-based manufacturer with its twelfth victory from 13 rallies. Ogier/Ingrassia raced into a commanding lead of over a minute on day one of three in Wales, and were then able to pace themselves intelligently on Saturday and Sunday. Jari-Matti Latvala/Miikka Anttila (FIN/FIN) ended the Rally Great Britain in eighth place, having lost more than three minutes after a mistake on Saturday morning. The extremely difficult conditions in Wales also took their toll on the third Volkswagen duo of Andreas Mikkelsen/Ola Fløene (N/N): they had offs resulting in early retirements on both Friday and Sunday. However, their fightback on Saturday was emphatic proof of what might have been, consisting as it did of five stage wins and four second places in nine stages.

A superlative season in figures

The final round of the year also brought the curtain down on what has been a fairy-tale season for Volkswagen. A series of records went to the Wolfsburg-based manufacturer in 2014. The twelfth of a possible 13 wins saw Volkswagen eclipse the previous record of eleven, held by Citroën. Volkswagen also equalled the record eight one-twos in a season, set by Peugeot back in 2002. And there’s more: Volkswagen also wrapped up the title in the Manufacturers’ Championship at the earliest point of the season for 25 years, as well as becoming only the second manufacturer in WRC history to provide all of the top three drivers in the Drivers’ World Championship. Only Lancia had achieved this feat before them – in 1987 and 1988. Not only were Volkswagen’s achievements impressive, but also the manner in which they were achieved: in 2014, Ogier, Latvala and Mikkelsen added a further 197 of a possible 249 stage wins to the success story of the Polo R WRC. In total, 23 podiums went to Volkswagen over the course of the season’s 13 rallies. Since the Polo R WRC made its World Rally Championship debut in January 2013, the powerhouse has racked up 22 victories and 41 podiums in 26 rallies. The Volkswagen drivers clocked the fastest time on 345 of the 486 special stages over the last two seasons.

The Rally Great Britain is not only the “Rally of Legends”, but is a legend in its own right. The ubiquitous rain and menacing fog hanging over the forests make for perilous Welsh gravel stages, the likes of which are not experienced anywhere else on the WRC calendar. Smooth in places, mostly muddy, but always slippery, the 70th staging of this classic once again posed an extreme challenge to driver, co-driver and World Rally Car alike.

About halfway into the 305.64 kilometres against the clock, a mere 6.6 seconds separated the world champion* and the man who finished runner-up* in the World Championship – the rally in Wales was initially shaped by the same duel that had dominated the 2014 WRC season. The battle between Ogier and Latvala produced no fewer than three of the ten closest WRC finishes in World Championship history, with a fourth only prevented by a slight mistake. Jari-Matti Latvala and Miikka Anttila fell victim to the perilous Welsh mud on Saturday morning, sliding into a ditch on the ninth stage of the rally – and lost over three minutes in the process. They fought back strongly on Sunday, however, winning four of the final day’s six special stages – including the closing Power Stage – to climb from tenth to eighth place.

Highs and lows: set-backs and stage wins for Mikkelsen and Fløene

The rally was to prove an emotional rollercoaster for Andreas Mikkelsen and Ola Fløene. Five stage wins and four second places on Saturday were unfortunately offset by crashes on Friday and Sunday. Mikkelsen and Fløene were always one of the cars first onto the route – no easy task at the Rally Great Britain. As such, a dream season ended in disappointment for Mikkelsen/Fløene. However, this does not detract from an otherwise impressive record: Andreas Mikkelsen made five appearances on the podium in 2014, including second places on three different surfaces: ice and snow (Sweden), gravel (Poland) and asphalt (France).

Three titles*, twelve wins – the conclusion of a demanding season

The Volkswagen team can look back on what was not only a successful, but also a demanding season, with the three World Championship titles* in the Drivers’, Co-drivers’ and Manufacturers’ competitions as a reward. The 2014 FIA World Rally Championship took team members from 20 nations to 13 rallies in 15 different countries. 4.2 million fans now follow the works team from Wolfsburg on social networks, 101,647 fans were delighted to get their hands on signed autographs of the Volkswagen drivers, while journalists were supplied with information via 703 pages of press releases and 322,488 text messages.

In extreme conditions, from sea level up to altitudes of 2781 metres, the temperatures on the special stages ranged from minus 12 to plus 34 degrees Celsius. The turbo chargers in the three 315-hp engines completed 1.3 billion revs between the Rally Monte Carlo and the Rally Great Britain. Sébastien Ogier, Jari-Matti Latvala and Andreas Mikkelsen changed gears in their Polo R WRCs 73,211 times. Using muscle power alone, the mechanics lifted a total of 265 tons moving the roughly 1,100 tyres used. The engineers evaluated about 17.9 gigabytes of data from the year’s 249 special stages – roughly the same as 3.2 million pages of pure text. The team members covered a total of 96,845.99 kilometres as the crow flies between the service parks and the team HQ in Hannover. The equipment for the overseas races travelled a further 46,202.62 kilometres by sea.

All with 100 percent team work.

Quotes after day three of the Rally Great Britain

“That is obviously the best way to end a season: with a win. We were under no pressure, as the World Championship was no longer at stake, and just wanted to enjoy the Rally Great Britain. We really had to go flat-out on Friday and had a close battle for the lead with my team-mate Jari-Matti Latvala. That allowed us to open up a big lead over the rest of our rivals. When Jari-Matti made a mistake on Saturday, it obviously completely changed the character of the rally for us. I just had to get the car to the finish line. However, that is anything but easy given the typical conditions here in Wales. All in all, it has been another magnificent season for Julien and me, with a fantastic team behind us. We now have a few tests and official parties before the Christmas holidays begin. A quick word on Mikko Hirvonen: I am delighted for him that he ended his final WRC rally on the podium. He has had a great career, and we will miss driving against him.”

“I can look back with great satisfaction on the 2014 season: I mounted my first serious challenge for the World Championship title, and kept the title race alive for a long time. I also won my first rally on asphalt, which was an important milestone for me. The duel with Sébastien Ogier was extremely exciting. I will carry on where I left off next season. The Rally Great Britain did not pan out as I had hoped. My goal was definitely to go for the win here in Wales. Apart from the slip-up, our pace was good. As such, I am already looking forward to next year.”

“Unfortunately that was not the end to the season I had hoped for. I would have liked to have given the team something better than two offs. However, the conditions were particularly difficult and mistakes happen quicker at the Rally Great Britain than anywhere else. I am disappointed, but I believe we matched the pace of our team-mates and could have challenged for the win. Despite this disappointment, we can still be proud of what we have achieved this season. With five podiums we have exceeded our own expectations. Third place in the Drivers’ Championship is the best result of my career. I am looking forward to a bit of a rest over the coming weeks, but also to the 2015 season. We are determined to be challenging for victories and podiums right from the word go. That is my goal.”

“Twelve wins in one season – we really can look back on a successful year. We can be proud of what we have achieved, and enjoy every moment in the World Rally Championship. The Rally Great Britain has also been a great success, and Sébastien Ogier and Julien Ingrassia did everything right en route to their eighth win of the season. Respect to them. In contrast, Jari-Matti Latvala, Miikka Anttila, Andreas Mikkelsen and Ola Fløene did not end the season the way they had hoped. However, they can also be proud of what they have achieved. There is no chance of us resting on our laurels. The 2015 season gets underway with the Rally Monte Carlo in just 65 days, and we want to be as well prepared as possible again. Preparations have already been in full swing for a while now.”

And then there were …

… Mikko Hirvonen and Jarmo Lehtinen. The two Finnish M-Sport Ford drivers were contesting their final WRC rally in Wales after a career spanning 13 years. Volkswagen would like to thank them for some exciting battles and two years of fair competition.

* Subject to the official publication of the results by the FIA. 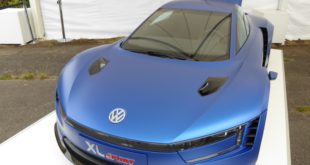 The XL Sport. Why ‘Bluemotion’ does not have to be boring.

It was during the March WoB Trip that I sat in the XL 1 concept. …